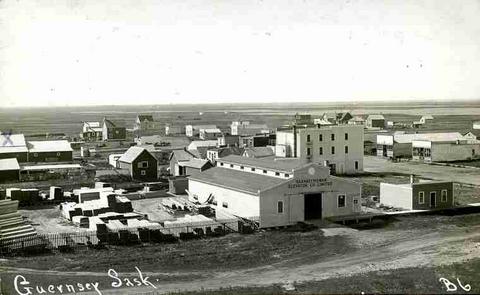 The Rural Municipality Act abolished the four township local improvement districts and in their place the province was divided according to a general plan into “Territorial Units” of nine townships each. By the end of 1909, 74 units had voted for municipal status and this number quickly rose to 295 by 1914.

Mr. E. D. Gardiner, who had served as secretary-treasurer for local improvement district 16 R-3 for nearly three years was instrumental in circulating the petition which eventually became, one of 74 in the province, to organize as a rural municipality, effective January 1, 1910.

This petition, dated June 5, 1909 was forwarded to the Municipal Commissioner for Saskatchewan. Boundaries for the proposed municipality were outlined to include the area of: Townships 31-32 and 33 in Range 22 West of 2nd Meridian

This area of nine townships contained 324 square miles (sections) with a total population of 1200. Seven suggested names were submitted in order of choice:

A municipal committee was set up with five resident ratepayers, within the boundaries, serving on this committee. They were:

The committee circulated the necessary petition gathering ratepayer signatures expressing the desire to adopt the alternate system. They collected 57 signatures, representing a minimum of 50% of resident ratepayers, which was the required number.

When the first meeting of the new municipality was held the name Usborne #310 was chosen. The meeting was held in the engine room of the Saskatchewan Elevator Company where Mr. Gardiner was the grain buyer. The minute book, cash book and receipt book were all kept in a suitcase which was in fact the first “Office”. The name Usborne was chosen by Mr. Gardiner after his home township in Huron County, Ontario.

The municipality has undergone many changes over the years. Most significant are changes in the structuring of the villages. On January 1, 2002 the Village of Lockwood officially became an organized hamlet with the R.M. of Usborne. Similarly, in 2005 with a declining population and rising expenses the Village of Guernsey was dissolved becoming the hamlet of Guernsey within the RM of Usborne.